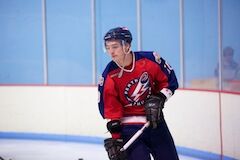 Greg Hyde began his playing career in his native country of Scotland, playing for 10 years with the Paisley Hockey Club. Hyde then spent 2 years honing his skills in Canada with the Nippisinng Alouettes and Elliot Lake Bobcats before relocating to Perth, Australia. For the past 10 years, Hyde
has established himself as an elite player in Perth and Australia by playing for the Cockburn Hawks, Northern Vikings and the last four seasons with the Perth Thunder. Hyde considers one of his key career highlights as having represented Australia on the National Men’s Team. When it comes to the NHL, it is former Detroit Red Wing Steve Yzerman whom Hyde considers to be “one of the all time greats who could not be touched”. Hyde will captain the Southern Suns for the 2015 Ultimate Ice Hockey Championship series.

Jamie Woodman began his hockey career with the Cockburn Hawks, with whom he played for until 2011. He then experienced the Banff Hockey Academy in Canada, playing for the academy until 2013. From 2012-2014, Woodman played as part of the Australian Youth Team as well as lining up for the Palm Beach Hawks in the USA. Woodman was nominated for AIHL Rookie of the Year as part of the Perth Thunder in 2014 and represented the Australian Junior Team in Jaca, Spain in the same year. Woodman considers making the AIHL finals with the Thunder in 2015 to be a career highlight. In the NHL, Woodman considers the Tampa Bay Lightning’s Viktor Hedman to be his favourite player. “He’s a good defenceman who can rush the puck and plays in the offensive zone” Woodman said. Woodman will act as Alternate Captain for the Southern Suns for the 2015 Ultimate Ice Hockey Championship series.

Coming from 7 years of hockey experience in WA, Tomas Michalek
comes to the 2015 Southern Suns roster with some solid experience and a lot of firepower in offence. His favourite NHL player is the New York Rangers’
Mats Zucarello. “Who can hate the guy, he’s the best passer in the league” Michalek says. 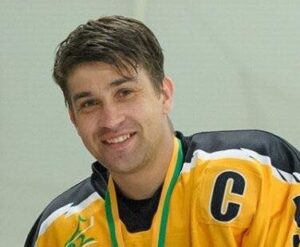 Paul Graham grew up playing hockey in the UK, playing in the Elite League and English Premier League for the Telford Tigers. Moving to Perth in 2007, Graham has played as part of the Cockburn Hawks Ice Hockey Club ever since. When asked about his favourite NHL player, Graham identifies former Detroit Red Wing Steve Yzerman.
“He was a solid player on NHLPHA Hockey 93 on the Sega Megadrive” Graham said. 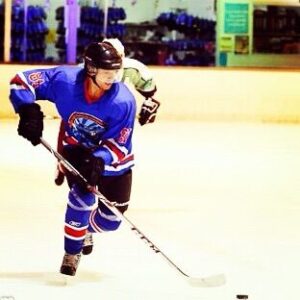 Growing up with a Slovakian pro-hockey playing father, Jakub Chudy spent many hours in and around the ice rink. Coming from more of a soccer background, Chudy focussed on hockey once again, joining the Cockburn Hawks Ice Hockey club in Perth several years ago. Chudy works now as a physiotherapist at Life Ready Physio in South Perth. Working extensively within the Perth sporting community at both National and
International level, Chudy acted as the Physio and Medic for
the 2014 WA Brown State Ice Hockey Team. Chudy considers Dominic Hasek as his favourite NHL player. “He is the best goalkeeper of all time and played mostly for my favourite team the Buffalo Sabres when I was a kid” Chudy said. 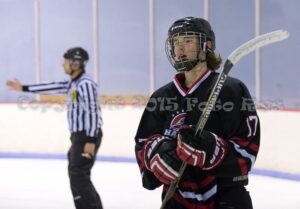 Currently in his fourth season of hockey, Jonathan Spalding comes into the UIHC series with 2 years of experience with the AJIHL team the Perth Pelicans, having won bronze and silver medals with the squad. In 2014, Spalding also lined up for the U18 WA Tange Team, winning gold in the tournament and has played as part of the Cockburn Hawks Ice Hockey Club for 4 years. In the NHL, Chicago Blackhawks forward Patrick Kane is Spalding’s favourite player. “He has amazing puck handling
skills and an astonishing vision of the game” Spalding said. 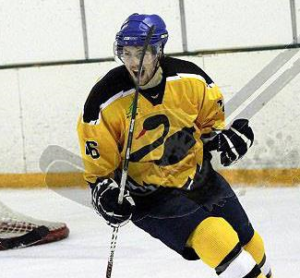 The majority of Kyle MacPhail’s hockey career has been based in Scotland. Beginning in the Scottish National League with St John’s, MacPhail has also player at Triple A level for Michigan Kalamazoo in the SWMHL. His career highlights have included ‘winning the treble twice (Scottish Cup, League and Spring Cup) as well as representing Scotland at U16 and U19 levels. MacPhail considers current NHL veteran Jaromir Jagr to be his favourite NHL player. “He is still gunning at 43 and is a creative and hard working player which I admire” MacPhail said. 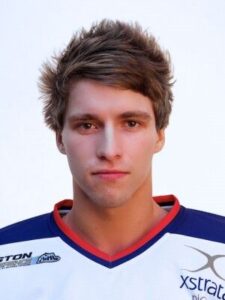 David Kudla has developed an impressive and varied hockey resume over his career. Representing Australia on several occasions in both the Junior and Men’s team, Kudla also played Division II level hockey in Finland from 2007-2011. In 2012, he joined the AIHL’s Perth Thunder and has been on the squad’s roster for the past four seasons. Winning both the Gold Medal and the title of Best Defenceman at the
2010 World Junior Championships was a career highlight for Kudla. When it comes to NHL stars, Kudla can’t go past Dallas Star’s gun forward Tyler Seguin. “He’s a natural goal scorer and really
entertaining to watch” Kudla said. 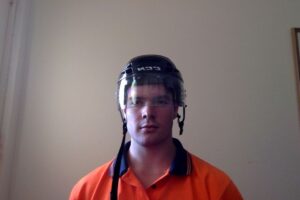 First lacing up the boots in 2008 with the Cockburn Hawks, Jordan Grover has since represented his state and country in Ice Hockey. Grover played in several national tournaments and skated as part of the Perth Thunder for one season before needing shoulder surgery. Now, in his words, Grover is “cruising along and playing the game for fun”. Grover considers playing for a year in Canada as a highlight as well as representing his country overseas. In the NHL, Grover has always been impressed by the skills of the Chicago Blackhawks’ Patrick Kane. “He has been my favourite player ever since I started playing hockey, mainly because of his scoring ability” Grover said. 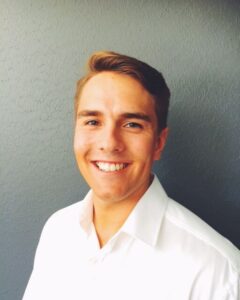 Marko Salmela moved to Perth from Finland in 2014. Having been
brought up on the ice in Europe, Salmela took an extended break from Hockey. However, in his words “I started playing again in Australia once it got too hot at the beach”.Salmela will bring his international experience and knowledge of the
game to the Southern Suns roster. 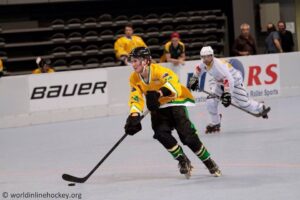 Kaden Goulds was born and raised in Perth and has been playing hockey for his whole life, starting with inline and transitioning to ice. Goulds has represented State teams and has represented Australia in inline
hockey since 2010 in both Junior and Senior Teams. “Getting to travel the world and play hockey” is great experience” he said. Most recently, he has also played ice hockey for the Cockburn Hawks in Superleague. Goulds considers the San Jose Sharks’ Joe Thornton to be his favourite NHL player. “He is a great physical player and one of the smartest players in the league” he said.

Hailing from France, Camille Dicquemare started playing hockey in 2001 for the Le Havre Athletics Club. In 2006, the team placed third at the French National Midget Championships and won the Gold medal the following year after coming up against teams from Lyon, Bordeaux and Dunkerque. After seven years in the Division 3 French Men’s League, Dicquemare travelled to Perth, Australia, joining the Northern Vikings this season. He has enjoyed “making good mates and plenty of beers” with the Vikings. “I don’t really have a favourite NHL player” he said. “I like all great players, especially the passionate and agressive ones” he continued.

DOMINIC CARLSEN
DOB: 03/1994
Height: 178cm
Weight: 75kg
Position: D
Dominic Carlsen has been playing hockey since the age of 11 and has played for both the Cockburn and West Coast Ice Hockey clubs in Perth. Carlsen has also experienced several seasons of overseas hockey and considers playing for the “mighty Bar-Bars in the 2014 Brown Tournament” as a playing highlight. Carlsen is also keen on his rugby and considers Aussie Wallabies flanker David Pockock as being “great in the ruck and an outstanding Aussie”. 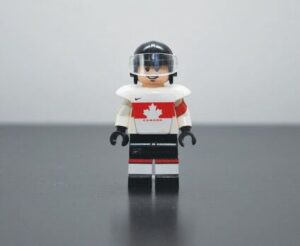 Brought up playing minor hockey in Canada, Carl Pollard grew up on and around the ice. A solid defenceman, Pollard identifies “playing on Martin Michalek’s line with the Lone Rangers” as a playing highlight. When it comes to the NHL, Pollard appreciates the playing style of the Chicago Blackhawks’ Jonathan Toews. “I appreciate the way he represents the game on and off the ice for his team and Canada” he said. 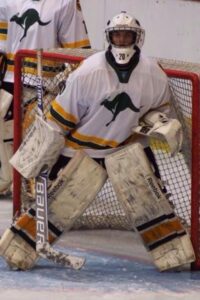 In his short career, Stephen McCann has an impressive hockey background and some outstanding achievements to his name. McCann got his first taste as a goalie with the Cockburn Hawks in 2009. Since then he has played at seven national tournaments along with two seasons in the AJIHL and representing Australia at the 2015 U18 National Tournament. As for career highlights, McCann achieved a silver medal at the 2010 Ginsberg Tournament, Gold at the 2012 De’Fris Tournament, Gold at both the
2014 and 2015 Tange National Tournaments and Silver in the 2014 and
2015 AJIHL seasons. McCann admires Montreal Canadiens net minder
Carey Price for the fact that “he is a great goalie to watch, a great leader and
a real all rounder”. 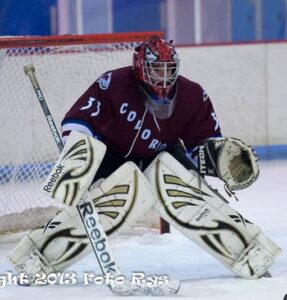 Hitting the ice for the first time in 2009, Ethan Savage has experienced a wide range of hockey playing opportunities in Perth and around Australia. Since then, Savage has played at superleague level for both the Cockburn and West Coast Ice Hockey clubs. He has also been a part of the WA Brown Team from 2013-15, winning bronze in 2013 and gold in 2014 with the squad. Savage looks up to current Colorado Avalanche coach and former NHL goaltender Patrick Roy. “He revolutionised the position of goaltending and wanted to win everything” Savage said. “He never quit on a play and competed hard ever game” he said.