The beautiful Swan river has and always will be one of the most picturesque features of the amazing City of Perth. It’s amazing natural beauty puts a magnificent stamp on the landscape of Perth. However, it also symbolises a dividing line for one of the fiercest rivalries in the state, if not the country. North of the River vs South of the River. Many have argued which is the better side of the city. From the trendy streets of South Perth to the urban hub that is Mt Lawley. From the historic culture of Fremantle to the natural wonders of the Swan Valley. The North vs South debate and rivalry has always been part of the Perth identity.

In 2015, Perth Realty Group Owner/Manager and Ice Hockey player John Caputo launched a concept which brings a North vs South rivalry to the growing sport of Ice Hockey in Perth: the Ultimate Ice Hockey Championship!

Special thanks must go to our Major sponsors Perth Realty Group & MyLeadPod, planetOGLE and thanks to our host Cockburn Ice Arena

The Ultimate Ice Hockey Championship promises to be an action-packed series which will bring the thrills and spills of Ice Hockey to hockey fans of Perth in a big way. It is set to be a series full of supreme local Ice Hockey talent, excitement and hard-hitting hockey action. Who will triumph? North or South? It’s game on!!

THE STAR AND THE SUN: SYMBOLS OF WA

What’s in a name? When it comes to sporting teams, the name is one of the key aspects of identity. Not only should it give the team a sense of pride, but should also reflect and represent the culture, history and identity of their location.

For the Ultimate Ice Hockey Championship, the Stars and Sun were selected as our symbols for our two fierce Northern and Southern rivals. These names are popular in our sporting landscape and appear in several codes both in Australia and internationally. The AFL has the Gold Coast Suns, The NHL includes the Dallas Stars and our own AIHL hosts the Newcastle North Stars.

For a state, where sunshine is seen more than the gloomy winter, the sun is a key part of WA culture. Come spring and summer, our WA lifestyle is lived and loved outdoors. Barbecues, picnics and celebrations happen underneath the great southern sun.

At night, the beauty and tranquility of the Australian landscape lies in the stars. A contrast to the vividness of the sun but not any less picturesque. The symbol of our country, the Southern Cross lies in the stars and provides an important link to our national identity.

The Suns and the Stars will be on opposite sides when it comes to the UIHC series but they will share one thing in common. Their names lie at the heart of WA and come game day, their hearts will beat as one to the sound of our great state’s culture and beauty. 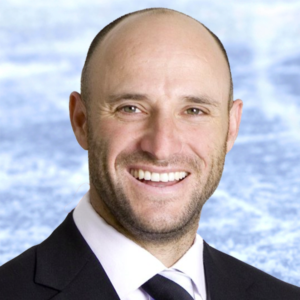 John Caputo started ice skating back in 1985 and hasn’t looked back since.
By day, he owns and manages Harcourts Integrity, the driving force behind this amazing series initiative. John has played hockey, ice and inline, at both state and national level, representing WA and NSW in junior tournaments between 1987 and 1994. 1991 saw John take his hockey playing abilities to the international stage, being selected for the Australia national youth team in overseas tournaments. In 1991 John was also selected as the Coca-Cola junior sport star of the year in WA. John played for the Macquarie Bears (now the AIHL’s Sydney Bears) in 1993, helping them to the NSW Super League Championship. Several more years at Super League level in Perth and a Super League MVP award gave John experience at the elite level before he got the call up in 2000 to represent Australia once again. This time it was for the Senior Men’s inline squad. The Australian team placed ninth in the world at the tournament which was held in the Czech Republic. In 2015 John was selected for the Perth Thunder AIHL squad, however had to withdraw due to a knee injury. John is very excited to be leading the Ultimate Ice Hockey Championship initiative in Perth. “It’s going to be “big” he says. When he’s not selling houses faster than the puck, John is out on the ice and can’t wait to see what this series will bring for the sport in WA. 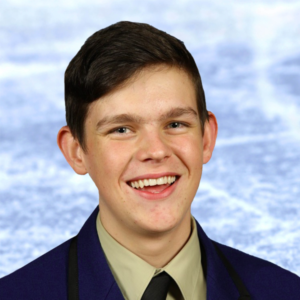 Based in Sydney, Tobias has a wealth of experience and knowledge when it comes to designing, creating and implementing technological ideas and solutions. A graduate of Knox Grammar School, Tobias completed his Year 12 studies in 2014 as a School Prefect, Head of the Knox Tech Crew and Knox Business Academy (which he founded in 2013) and Dux of both Business Studies and Information Processes and Technology. With exceptional results, Tobias was accepted into the Bachelor of Information Technology Co-op Scholarship course at the University of Technology, Sydney, which he completed in 2017. Since 2008, Tobias has been managing planetOGLE as a freelance web and graphic designer. Through this initiative, he has worked with a variety of organisations in order to create content driven websites and systems within different industries. In 2012 Tobias was integral in establishing the Knox Tech Crew, which he continued to coordinate through 2017. This program has had international interest as a workforce development program to be modelled in other secondary education institutions around the world. During his studies he completed an internship with Lendlease in the IT Collaboration and Application Management team with a focus on branding and UI/UX design of Sharepoint sites. Tobias now continues his freelance graphic and web design work and since 2015 has been working with Deloitte Australia as part of the Consulting Oracle Enterprise Applications team. He is very excited to be a part of the management team for the Ultimate Ice Hockey Championship and will bring a great amount of skill, experience and enthusiasm to the team whilst working as the chief website and content designer. 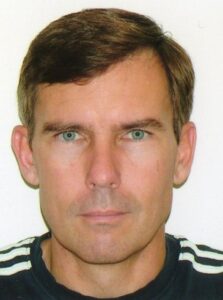 CFO of Inspection Toolbox with LLB and MBA degrees. 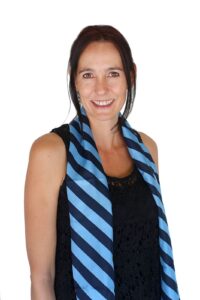