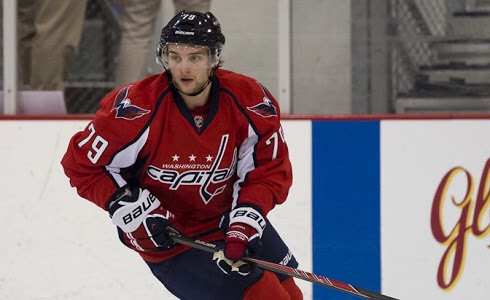 Straight out of the National Hockey League comes a high profile endorsement for the Ultimate Ice Hockey Championship from our very own local hockey superstar and Washington Capitals draftee NATHAN WALKER. Nathan’s path to a career in hockey began like many kids in the 90’s, by watching the Mighty Ducks movies and falling in love with the game. Raised in Sydney, Walker’s hockey career soon took him to the international stage, playing in the Czech Republic and representing Australia in two World Championships. In 2012, Walker was picked up by the USHL’s Youngstown Phantoms, for whom he played 29 games before an opportunity to play in the AHL came knocking with the Hershey Bears in 2013. 2014 would see Walker take his hockey career to it’s highest peak, being selected in the third round of the National Hockey League Draft at pick #89 for the Washington Capitals. Caps coach Barry Trotz stated earlier this year that “Australia should be very proud of their countryman, because he will play in the National Hockey League.” Walker has however never lost his roots, returning home to Sydney in 2009 to play for the Sydney Ice Dogs in the AIHL during the Czech off-season. He is now throwing his support behind the 2015 Ultimate Ice Hockey Championship in Perth. Ice Hockey in Australia is getting stronger than ever and Walker is behind the UIHC!!